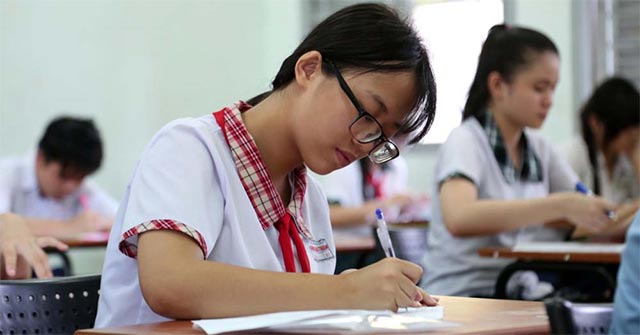 2. A. which
B. champion
C. chairman
D. headache

2. The students (play)……..with the ball in the schoolyard now.

6. He (watch)……..television when the telephone rang.

3. Nam didn’t go to work yesterday……..his illness. (because of/ despite)

6. The book…..is on the table belongs to my brother. (whose/ which)

Malaysia is one of the (1)……of the Association of South-East Asia Nations (ASEAN). It is divided into two regions, (2)……as West Malaysia and East Malaysia. They are separated by about 640 km of the sea and together comprise an area of 329,758 sq km. Malaysia enjoys (3)……climate. The Malaysian unit of currency is the ringgit. The capital of Malaysia is Kuala Lumpur and it is also the (4)……city of the country. The (5)……in 2001 was over 22 million. Islam is the country’s official religion. In addition, there are other religions such as Buddhism (6)……Hinduism. The national language is Bahasa Malaysia (also known simply as Malay). English, Chinese, and Tamil are also widely spoken.

If you are invited to someone’s house for dinner in the United States, you should bring a gift, such as a bunch of flowers or a box of chocolates. If you give your host a wrapped gift, he/ she may open it in front of you. Opening a present in front of the gift-giver is considered polite. It shows the host is excited about receiving the gift and wants to show his/her appreciation to you immediately. Even if the host doesn’t like it, he/ she will tell a “white-lie” and say how much they like the gift to prevent the guest from feeling bad. If your host asks you to arrive at a particular time, you should not arrive exactly on time or earlier than the expected time, because this is considered to be potentially inconvenient and therefore rude, as the host may not be ready.

1. What should you bring when invited to someone’s house for dinner in the United States?

2. Is opening a present in front of the gift-giver considered polite?

3. Why is it considered polite when opening a present in front of the gift-giver?

4. What should the host do if he/ she does not like the gift?

3. It was too cold for us to go swimming.

4. It’s very wonderful to spend a week in the countryside.

5. In spite of having little money, they are very happy.

1. We should bring a gift, such as a bunch of flowers or a box of chocolates.

3. Because it shows the host is excited about receiving the gift and wants to show his/her appreciation to you immediately.

4. he/ she should tell a “white-lie” and say how much they like the gift to prevent the guest from feeling bad.

3. It was not warm enough for us to go swimming.

4. Spending a week in the countryside is very wonderful.

5. Although they have little money, they are very happy.

1. I drive more carefully than my brother.

2. Your sister doesn’t know how to cook, does she?

3. Everyone was in a good mood because they had finished the course.

PART 1: There are 5 questions in this part. For each question there are three pictures and a short recording. Listen to each recording twice. Choose the correct picture (A, B or C) and write it in the numbered box on your answer sheet. (1 point)

PART 1: Read the following passage, then choose the answer (A, B, C or D) which you think fits best according to the text. Write your answer in the numbered box on your answer sheet. (1 point)

Whole families of musicians are not exactly rare. However, it is unusual to come across one that includes not only writers and performers of music, but also an instrument maker.

When South Wales schoolteachers John and Hetty Watkins needed to get their ten-year-old son, Paul, a cello to suit his blossoming talents, they baulked at the costs involved. “We had a look at various dealers and it was obvious it was going to be very expensive,” John says. “So I wondered if I could actually make one. I discovered that the Welsh School of Instrument Making was not far from where I lived, and I went along for evening classes once a week for about three years.”

“After probably three or four goes with violins and violas, he had a crack at his first cello,” Paul, now 28, adds. “It turned out really well. He made me another one a bit later, when he’d got the hang of it. And that’s the one I used right up until a few months ago.” John has since retired as a teacher to work as a full-time craftsman, and makes up to a dozen violins a year – selling one to the esteemed American player Jaime Laredo was “the icing on the cake”.

Both Paul and his younger brother, Huw, were encouraged to play music from an early age. The piano came first: “As soon as I was big enough to climb up and bang the keys, that’s what I did,” Paul remembers. But it wasn’t long before the cello beckoned. “My folks were really quite keen for me to take up the violin, because Dad, who played the viola, used to play chamber music with his mates and they needed another violin to make up a string trio. I learned it for about six weeks but didn’t take to it. But I really took to the character who played the cello in Dad’s group. I thought he was a very cool guy when I was six or seven. So he said he’d give me some lessons, and that really started it all off. Later, they suggested that my brother play the violin too, but he would have none of it.”

“My parents were both supportive and relaxed,” Huw says. “I don’t think I would have responded very well to being pushed. And, rather than feeling threatened by Paul’s success, I found that I had something to aspire to.” Now 22, he is beginning to make his own mark as a pianist and composer.

Meanwhile, John Watkins’ cello has done his elder son proud. With it, Paul won the string final of the BBC Young Musician of the Year competition. Then, at the remarkably youthful age of 20, he was appointed principal cellist of the BBC Symphony Orchestra, a position he held, still playing his father’s instrument, until last year. Now, however, he has acquired a Francesco Rugeri cello, on loan from the Royal Academy of Music. “Dad’s not said anything about me moving on, though recently he had the chance to run a bow across the strings of each in turn and had to admit that my new one is quite nice! I think the only thing Dad doesn’t have – and may acquire after about 50 – 100 years – is the power to project right to the back of large concert halls. It will get richer with age, like my Rugeri, which is already 304 years old.”

Soon he will be seen on television playing the Rugeri as the soloist in Elgar’s Cello Concerto, which forms the heart of the second programme in the new series, Masterworks. “The well-known performance history doesn’t affect the way I play the work,” he says. “I’m always going to do it my way.” But Paul won’t be able to watch himself on television – the same night he is playing at the Cheltenham Festival. Nor will Huw, whose String Quartet is receiving its London premiere at the Wigmore Hall the same evening. John and Hetty will have to be diplomatic – and energetic – if they are to keep track of all their sons’ musical activities over the coming weeks. 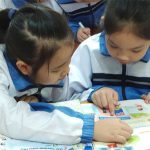 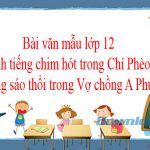 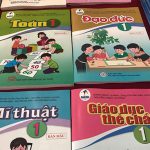