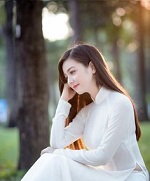 Mark the letter A, B, C, or D on your answer sheet to indicate the word whose underlined part is pronounced differently from that of the rest in each of the following questions.

Mark the letter A, B, C or D on your answer sheet to indicate the word that differs from the other three in the position of primary stress in each of the following questions.

Read the following passage and blacken the letter A, B, C, or D on your answer sheet to indicate the correct answer to each of the questions.

Scientists do not yet thoroughly understand just how the body of an individual becomes sensitive to a substance that is harmless or even wholesome for the average person. Milk, wheat, and egg, for example, rank among the most healthful and widely used foods. Yet these foods can cause persons sensitive to them to suffer greatly. At first, the body of the individual is not harmed by coming into contact with the substance. After a varying interval of time, usually longer than a few weeks, the body becomes sensitive to it, and an allergy has begun to develop. Sometimes it’s hard to figure out if you have a food allergy, since it can show up so many different ways.

Your symptoms could be caused by many other problems. You may have rashes, hives, joint pains mimicking arthritis, headaches, irritability, or depression. The most common food allergies are to milk, eggs, seafood, wheat, nuts, seeds, chocolate, oranges, and tomatoes. Many of these allergies will not develop if these foods are not fed to an infant until her or his intestines mature at around seven months. Breast milk also tends to be protective. Migraines can be set off by foods containing tyramine, phenathylamine, monosodium glutamate, or sodium nitrate. Common foods which contain these are chocolate, aged cheeses, sour cream, red wine, pickled herring, chicken livers, avocados, ripe bananas, cured meats, many Oriental and prepared foods (read the labels!).

Some people have been successful in treating their migraines with supplements of B-vitamins, particularly B6 and niacin. Children who are hyperactive may benefit from eliminating food additives, especially colorings, and foods high in salicylates from their diets. A few of these are almonds, green peppers, peaches, tea, grapes. This is the diet made popular by Benjamin Feingold, who has written the book “Why your Child is Hyperactive”. Other researchers have had mixed results when testing whether the diet is effective.

Question 19: The topic of this passage is

A. reactions to foods B. food and nutrition C. infants and allergies D. a good diet

Question 20: According to the passage, the difficulty in diagnosing allergies to foods is due to

A. the vast number of different foods we eat

B. lack of a proper treatment plan

C. the similarity of symptoms of the allergy to other problems

D. the use of prepared formula to feed babies

Question 21: The phrase “set off” in lines 11 is closest in meaning to

Question 22: What can be inferred about babies from this passage?

A. They can eat almost anything.

B. They should have a carefully restricted diet as infants.

C. They gain little benefit from being breast fed.

D. They may become hyperactive if fed solid food too early.

Question 23: The author states that the reason that infants need to avoid certain foods related to allergies has to do with the infant’s

A. lack of teeth B. poor metabolism

A. food additives B. food colorings

Question 25: Which of the following was a suggested treatment for migraines in the passage?

A. Eating more ripe bananas B. Avoiding all Oriental foods

C. Getting plenty of sodium nitrate D. Using Vitamin B in addition to a good diet

Question 26: According to the article the Feingold diet is NOT

A. verified by researchers as being consistently effective

B. available in book form

Read the following passage and blacken the letter A, B, C or D on your answer sheet to indicate the correct word for each of the blanks

How men first learnt to invent words is unknown; in other words, the origin of language is a (30). All we really know is that men, unlike animals, somehow invented certain sounds to express thoughts and feelings, actions and things so that they could communicate with each other; and that later they agreed (31) certain signs, called letters, which could be combined to represent those sounds, and which could be written down. These sounds, (32) spoken or written in letters, are called words. Great writers are those who not only have great thoughts but also express these thoughts in words that appeal powerfully to our minds and emotions. This charming and telling use of words is what we call literacy type. Above all, the real poet is a master of words. He can (33) his meanings in words which sing like music, and which by their position and association can move men to tears. We should, therefore, learn to choose our words carefully, (34) they will make our speech silly and vulgar.

Mark the letter A, B, C, or D on your answer sheet to indicate the word(s) CLOSEST in meaning to the underlined word(s) in each of the following questions.

Question 35: If it’s raining tomorrow, we’ll have to postpone the match till Sunday.

Question 36: We should find ways to improve our products in terms of quality and packaging.

A. for considering aspects B. in spite of C. with a view to D. in regard to

Mark the letter A, B, C, or D on your answer sheet to indicate the word(s) OPPOSITE in meaning to the underlined word(s) in each of the following questions.

Question 37: The government is encouraging everyone to save water by not washing their cars.

Question 38: Don’t tease her; she is fragile.

A. strong B. breakable C. angry D. pissed off

Read the following passage and blacken the letter A, B, C or D on your answer sheet to indicate the correct answer to each of the questions.

Until recently, hunting for treasure from shipwrecks was mostly fantasy; with recent technological advances, however, the search for sunken treasure has become more popular as a legitimate endeavor. This has caused a debate between those wanting to salvage the wrecks and those wanting to preserve them.

Treasure hunters are spurred on by the thought of finding caches of gold coins or other valuable objects on a sunken ship. One team of salvagers, for instance, searched the wreck of the RMS Republic, which sank outside the Boston harbor in 1900. The search party, using side-scan sonar, a device that projects sound waves across the ocean bottom and produces a profile of the sea floor, located the wreck in just two and a half days. Before the use of this new technology, such searches could take months or years. The team of divers searched the wreck for two months, finding silver tea services, crystal dinnerware, and thousands of bottles of wine, but they did not find the five and a half tons of American Gold Eagle coins they were searching for.

Preservationists focus on the historic value of a ship. They say that even if a shipwreck’s treasure does not have a high monetary value, it can be an invaluable source of historic artifacts that are preserved in nearly mint condition. But once a salvage team has scoured a site, much of the archaeological value is lost. Maritime archaeologists who are preservationists worry that the success of salvagers will attract more treasure-hunting expeditions and thus threaten remaining undiscovered wrecks. Preservationists are lobbying their state lawmakers to legally restrict underwater searches and unregulated salvages. To counter their efforts, treasure hunters argue that without the lure of gold and million-dollar treasures, the wrecks and their historical artifacts would never be recovered at all.

Question 39: What is the main idea of this passage?

A. Searching for wrecks is much easier with new technologies like side-scan sonar.

B. Maritime archaeologists are concerned about the unregulated searching of wrecks.

C. The search of the RMS Republic failed to produce the hoped-for coins.

D. The popularity of treasure seeking has spurred a debate between preservationists and salvagers.

Question 40: The word “sunken” in line 2 is closest in meaning to which of the following words?

Question 41: Which of the following statements is best supported by the author?

A. The value of a shipwreck depends on the quantity of its artifacts.

B. Preservationists are fighting the use of technological advances such as side-scan sonar.

D. The use of sound waves is crucial to locating shipwrecks.

Question 42: The author uses the phrase “mint condition” in line 12-13 to describe

Question 43: All of the following were found on the RMS Republic EXCEPT

Question 44: From the passage, you can infer that a preservationist would be most likely to

A. shun treasure-seeking salvagers B. be a diver

C. put treasures in a museum D. do archaeological research

Question 45: The second and third paragraphs are an example of 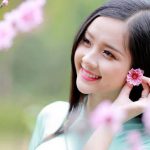 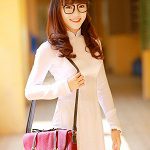 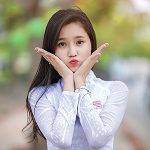 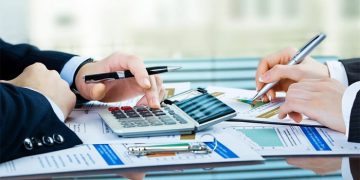